Can Women Die If They Can’t Have An Abortion? 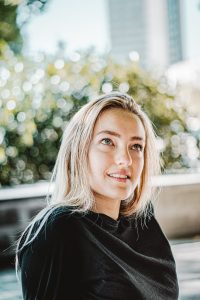 In the days since Roe v. Wade was reversed, Americans have been asking variations of this question: could a woman die if she’s denied an abortion?

It’s a serious question, and our hope with this article is to provide facts and truth to bring peace of mind.

What Does The Reversal of Roe Mean?

The Supreme Court’s new ruling updated abortion laws in America. It is important to note this new ruling did not ban abortions nationwide.

Instead, the Court’s decision allows each state to create its laws and legislature regarding abortion.

States like California have upheld their abortion laws and stated abortions will remain fully protected and fully legal in the state.

Other states like Arkansas have placed a ban on elective abortions but with the intent to always prioritize the life of the mother.

How Are Women Protected?

Every state, even those with full bans on abortion, provide provisions and protections for the life of the mother. So in answer to the original question, no, a woman will not die because she’s denied an abortion in her state of residence.

Life can be scary and unpredictable at times. Some women may experience a need to terminate their pregnancy in order to save their own life. These situations include but are not limited to ectopic pregnancy and terminal illnesses.

If left undetected by ultrasound, an ectopic pregnancy can cause life-threatening bleeding to the mother.

Imagine a woman is 14 weeks pregnant, and she goes to her routine OBGYN appointment. During her examination, her doctor discovers a lump in her breast. With more tests, it is confirmed the woman has stage three breast cancer and will need to begin chemotherapy immediately. If she waits, she may risk losing her own life to cancer.

While this scenario is rare and heartbreaking, the woman in this situation would have the choice to terminate her pregnancy, regardless of what state she resides in.

If you or a friend are experiencing an unexpected pregnancy, it is normal to feel scared and overwhelmed. It’s important not to race to quick decisions during this time but to take a breath and calmly explore your options.

At Turlock Pregnancy and Health Center, we offer free services and friendly support to help women navigate the tough decisions a pregnancy can create. TPHC will provide a limited, no-cost ultrasound for women who have confirmed their pregnancy.

Don’t leave anything up to chance. Get all the answers to your pregnancy questions answered before confirming a termination. Knowing the details about your pregnancy could save your life. Give us a call anytime at (209) 656-9898. We believe in your future!

Wonderful staff who truly cared.  I was so grateful for their calm presence, and sharing in my joy, regardless of life circumstances. Thank you!

Everyone here was extremely kind, understanding, and helpful. I greatly appreciate all of the help that I received.

The staff was very reassuring and helpful.

Very professional staff.  First time getting tested in general, and they made it as pain-free as possible.

I have been to a clinic before for STD testing and other stuff, and this clinic by far surpasses them all.  I felt welcomed with no judgment, and accepted for who I am.  I like how I was informed about all STDs and that I could talk about my faith as well.  So personal!

The staff was so helpful and knowledgeable and kind.  I didn't feel judged.  I was supported and comfortable.

Thank you for making me feel comfortable and informed in a judgment-free atmosphere.

Everyone here was extremely kind, non-judgmental, and giving.

I felt so cared for as soon as I walked in the door.  They didn’t judge me or shame me.  That talked to me about my options.  With their support, I felt empowered to make a decision about my baby.

TPHC was nothing like I expected it to be.  They were kind and understanding.  They helped me know that I wasn’t alone.

When I came to TPHC I felt scared, not knowing what to expect.  But I received so much warmth that my fears quickly were washed away.  I love this place!  Everyone is so kind and caring.

I was shocked when I found out I was pregnant, but I felt welcomed here and it was so nice to see a friendly, smiling face when you walk through the door.

The support and welcoming, warm environment I got at TPHC was like no other.

TPHC gave me a support system when no one else in my life was.

The people here are very friendly, happy to help regardless of any questions I had.

It helped me so much to have someone to listen to me.

TPHC has had a huge impact on my life.  When I first came here, I had a lot of difficult decisions to make and I knew without support I could not make these decisions.  TPHC walked with me step-by-step.

Everything was great and also very informative.

I found TPHC during a new and scary time in my life.  They helped me grow and become more confident.  I will be forever grateful and thankful for them.